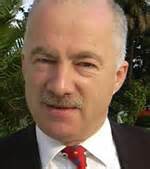 Philip Mansel received his doctorate for a thesis on The Court of France 1814-1830 at London University in 1978. He has written lives of Louis XVIII (1981) and the Prince de Ligne (2003); histories of Constantinople: City of the World’s Desire 1453-1924 (1995) and Paris between Empires 1814-1852 (2001); studies of The Court of France 1789-1830 (1989) and royal and court dress from Louis XIV to Elizabeth II, Dressed to Rule (2005). His recent books are Levant: Splendour and Catastrophe on the Mediterranean (2010), a history of Smyrna, Alexandria and Beirut since 1600; co-edited with Torsten Riotte, Monarchy and Exile: the Politics of Legitimacy from Marie de Medicis to Wilhelm II (2011); and Aleppo: the Rise and Fall of Syria’s Great Merchant City (2016). King of the World, his biography of Louis XIV, is scheduled for publication in 2019. Six of his books have been translated into French. In 1995 he was a founder with David Starkey, Robert Oresko and Simon Thurley of the Society for Court Studies, and for twenty years he was editor of the Society’s journal, The Court Historian. He is a Fellow of the Institute of Historical Research, the Royal Historical Society, the Royal Asiatic Society, and the Royal Society of Literature and President of the Conseil Scientifique of the Centre de Recherche du Château de Versailles. His web site can be visited at www.philipmansel.com